My husband has a Political Science degree from Northeastern (have I mentioned that?), and while in college he spent three months at an internship for a nonprofit in Belgium. While there, he spent time working on a variety of environmental issues — with the largest being climate change. Part of the discussion at the time was the changing climate in northern areas (like Maine). According to the research, we here in Maine would start to experience more temperate winters and rainier summers.

With those rainy summers in mind, Xandy later created a five-year plan for the farm which included a larger tractor, a round-baler (to augment the square-baling system that the farm already uses), and a round-bale wrapper. There are a few reasons for that plan, with one of the major being that with a wrapper, you can wrap wet hay to make silage. His plan has now been accomplished.

LongMeadows Farm, LLC is now the proud owner of the following pieces of equipment: 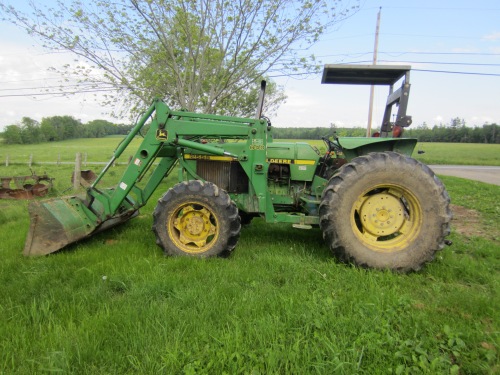 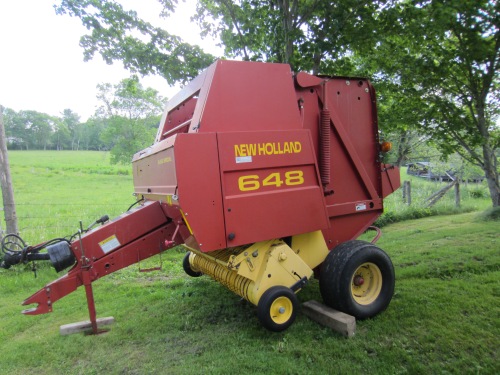 The round baler — this thing is DEFINITELY much easier than throwing square bales. Although, you don’t get quite as fit haying with this. 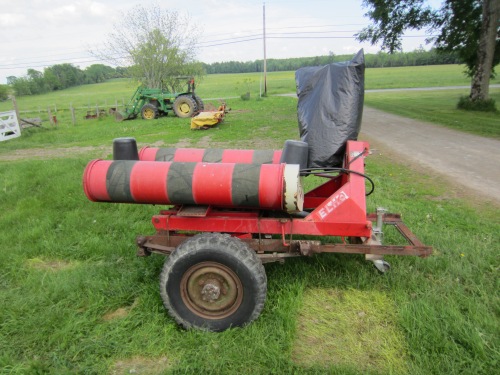 The wrapper — My sister says this thing looks like a carnival ride when it is in action. I will have to upload video later this summer.

Tune in tomorrow for my last installment of me being nice to my husband. (I hope that he doesn’t get too used to it!)